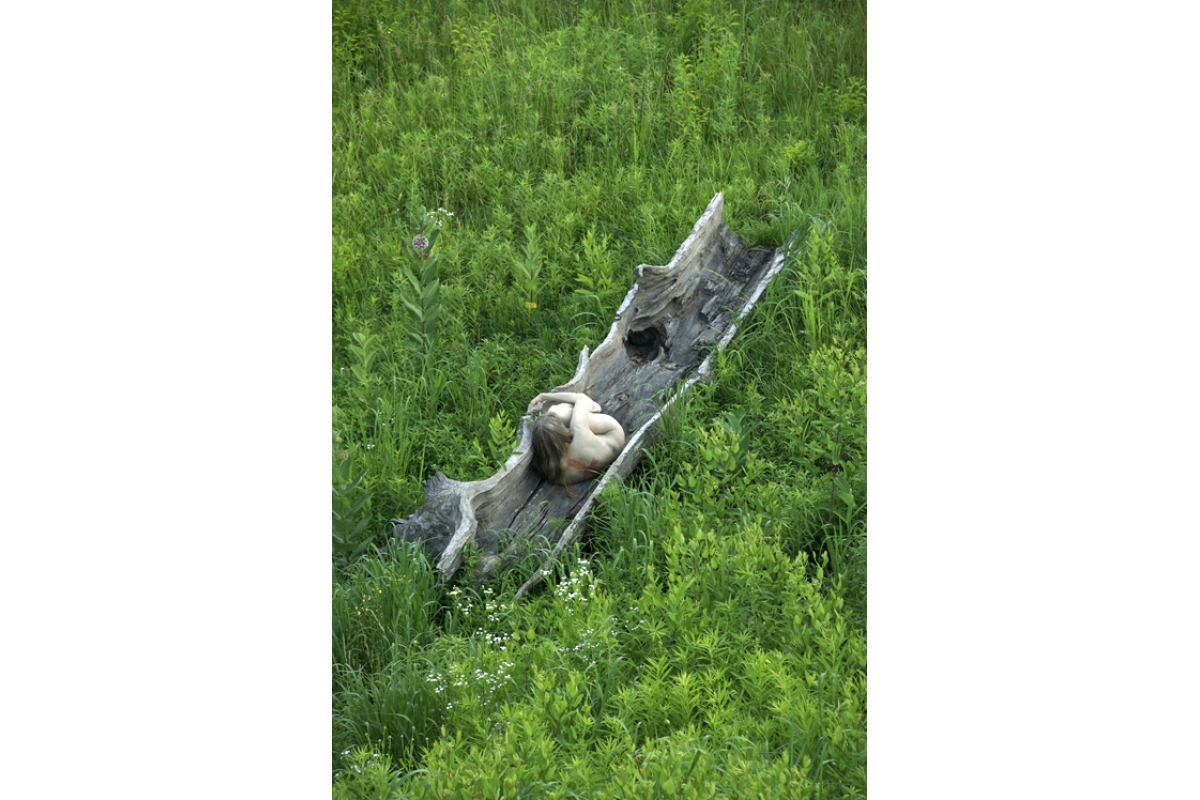 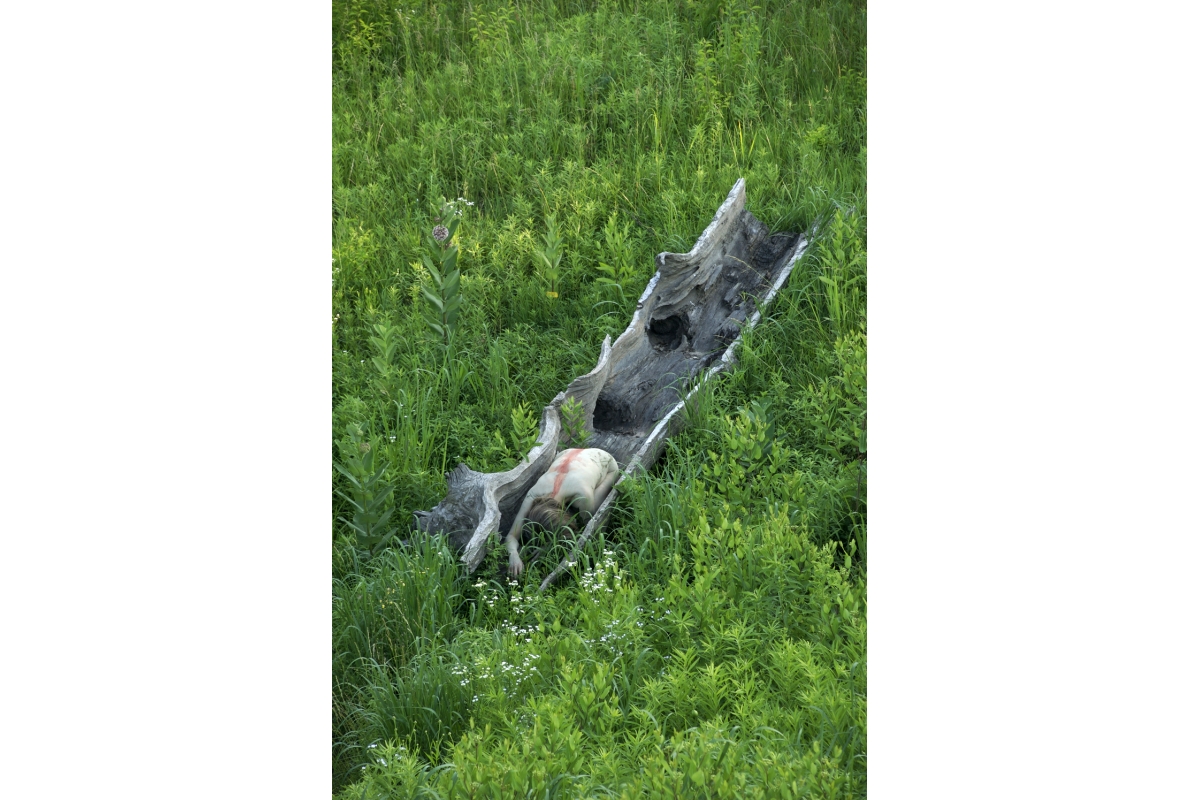 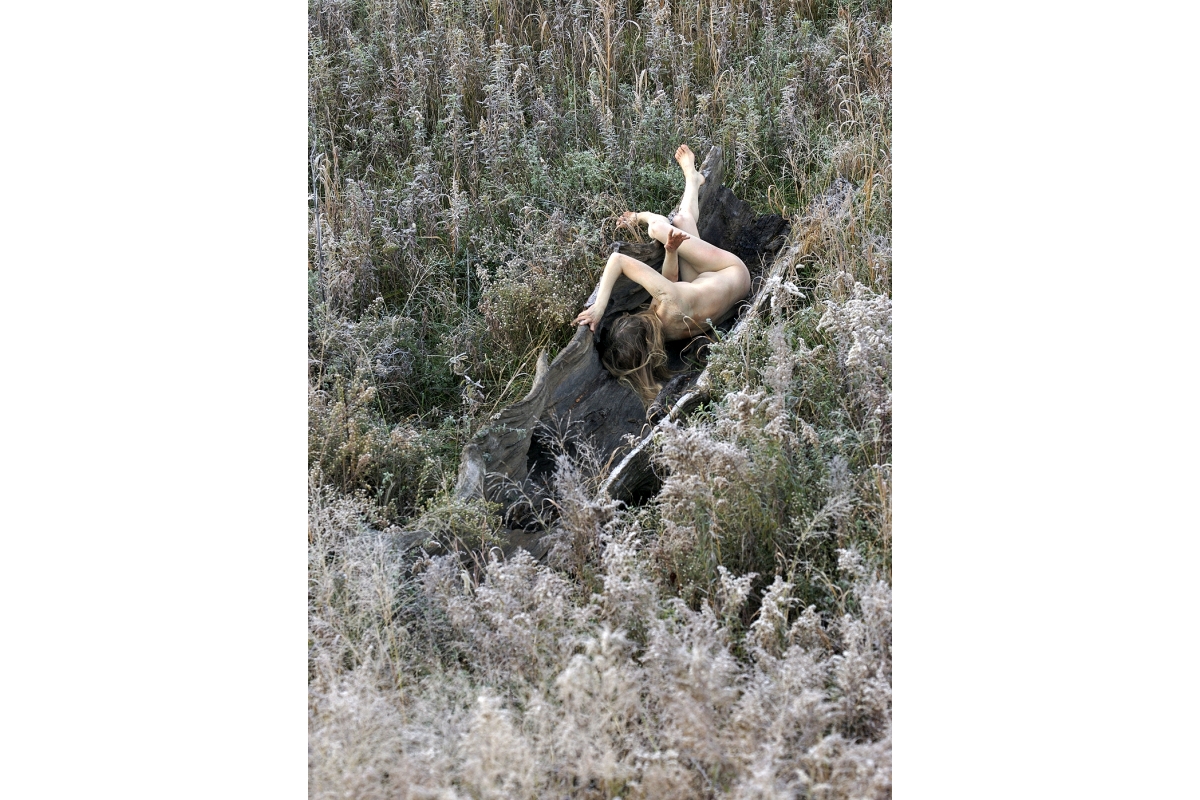 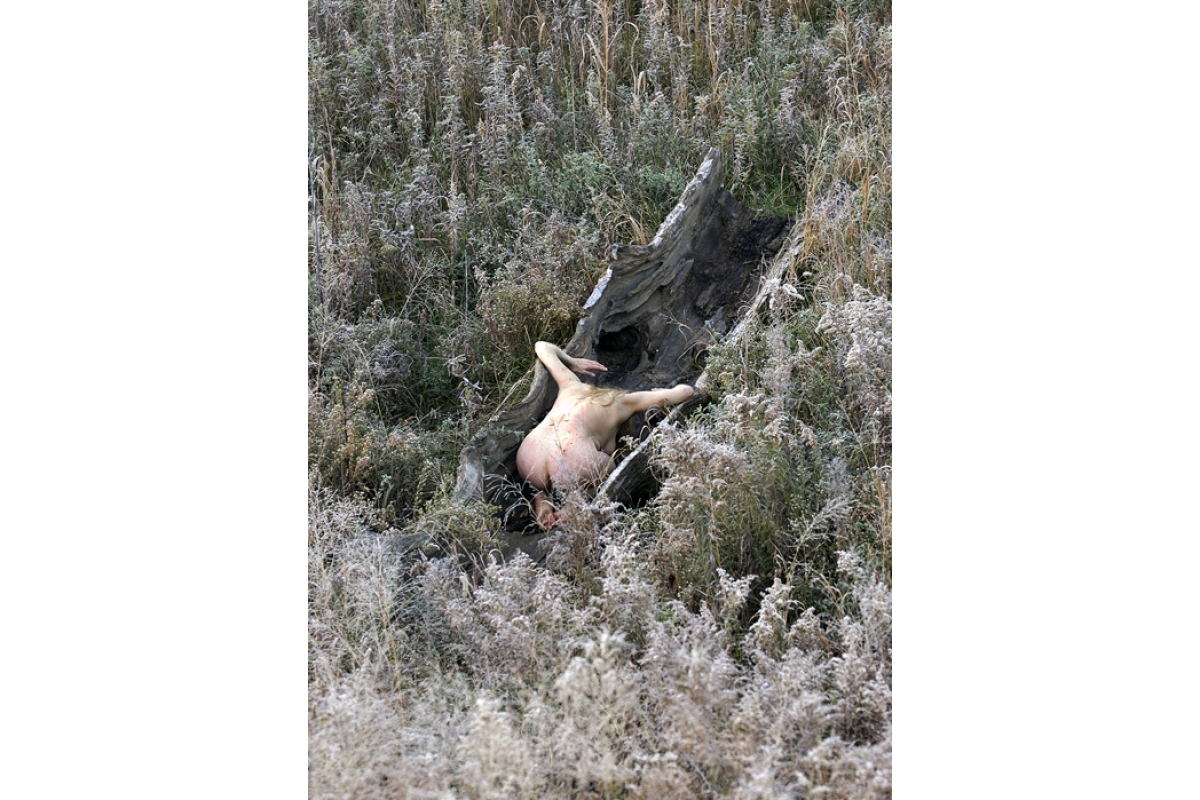 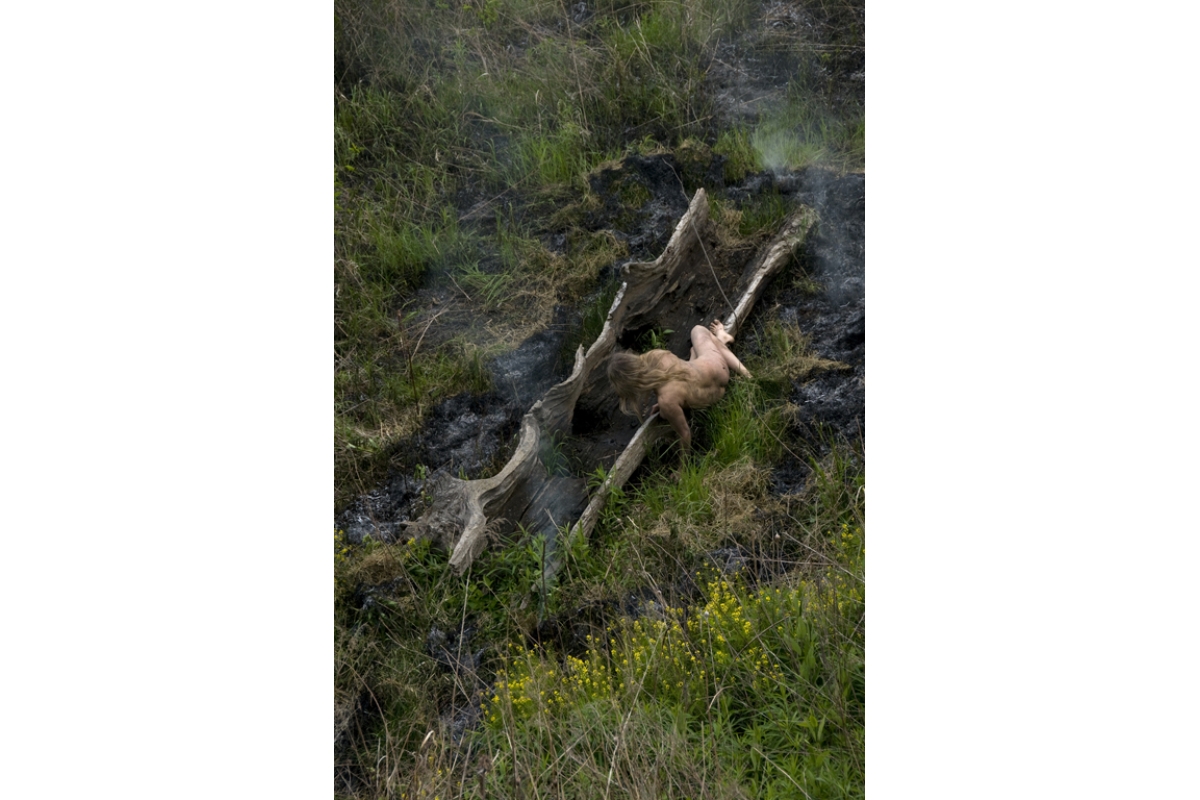 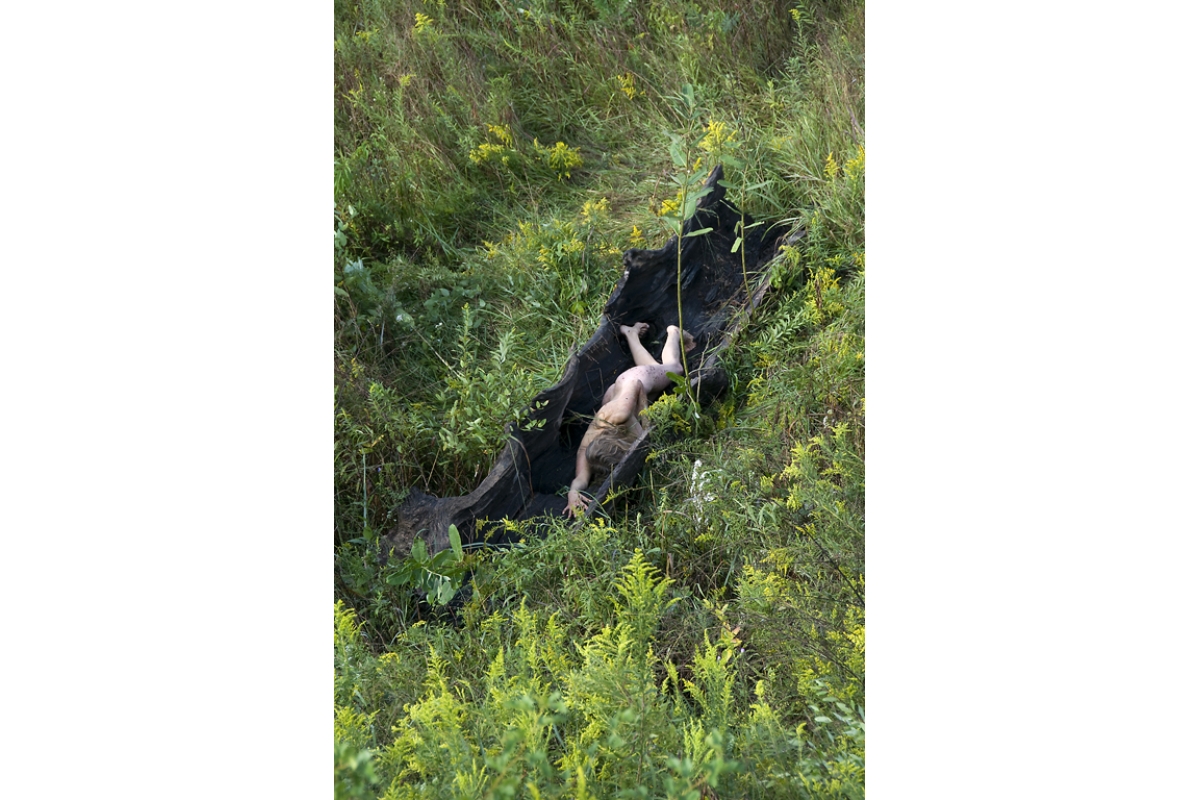 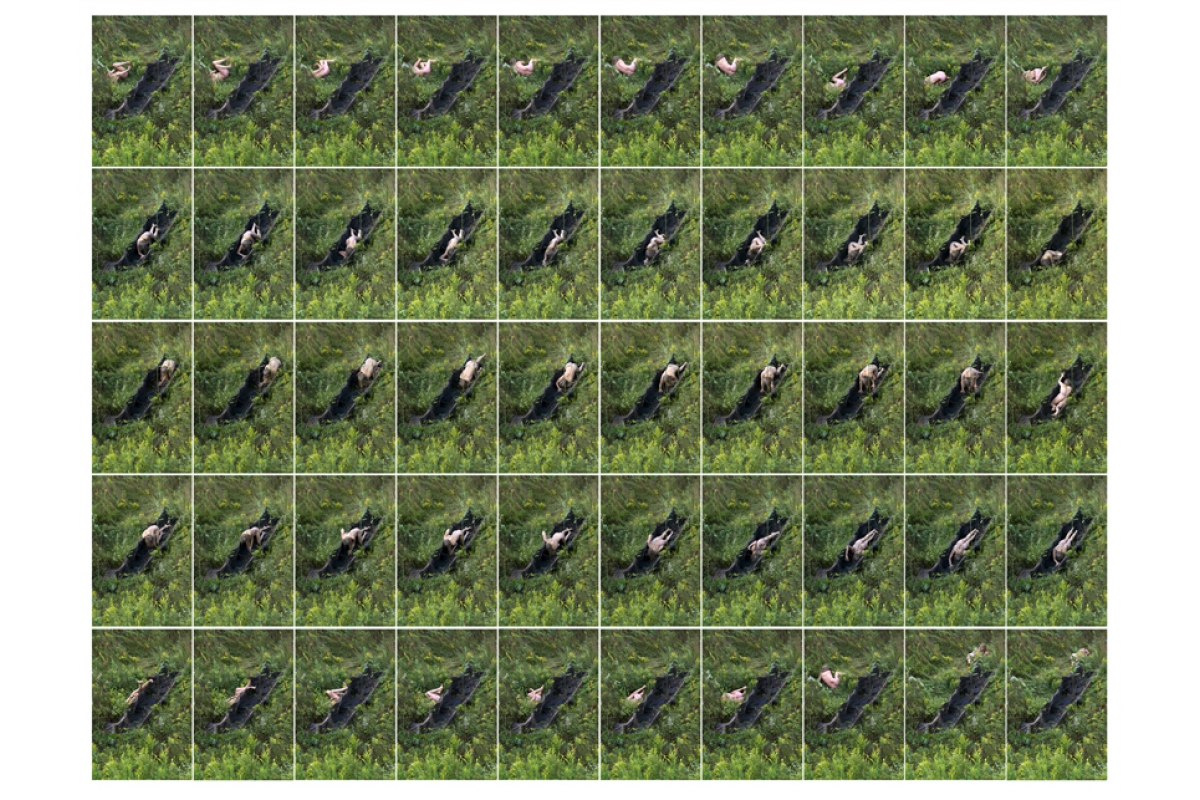 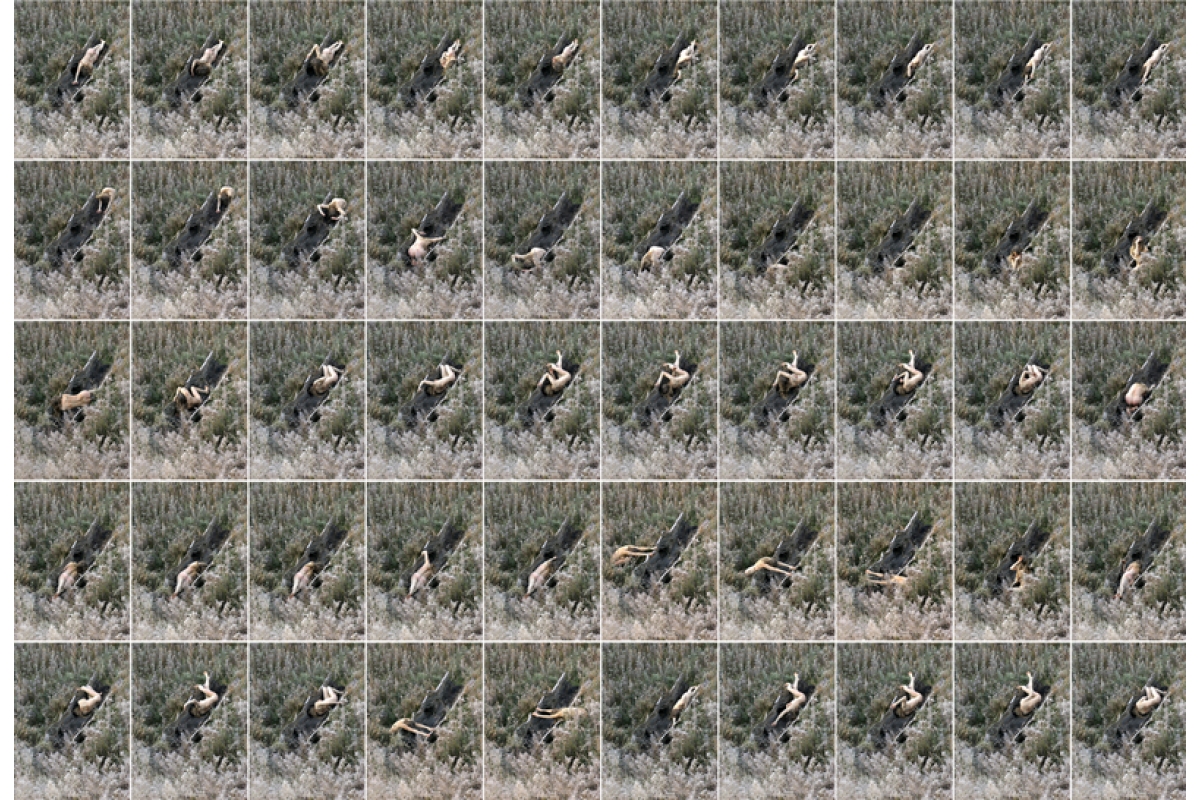 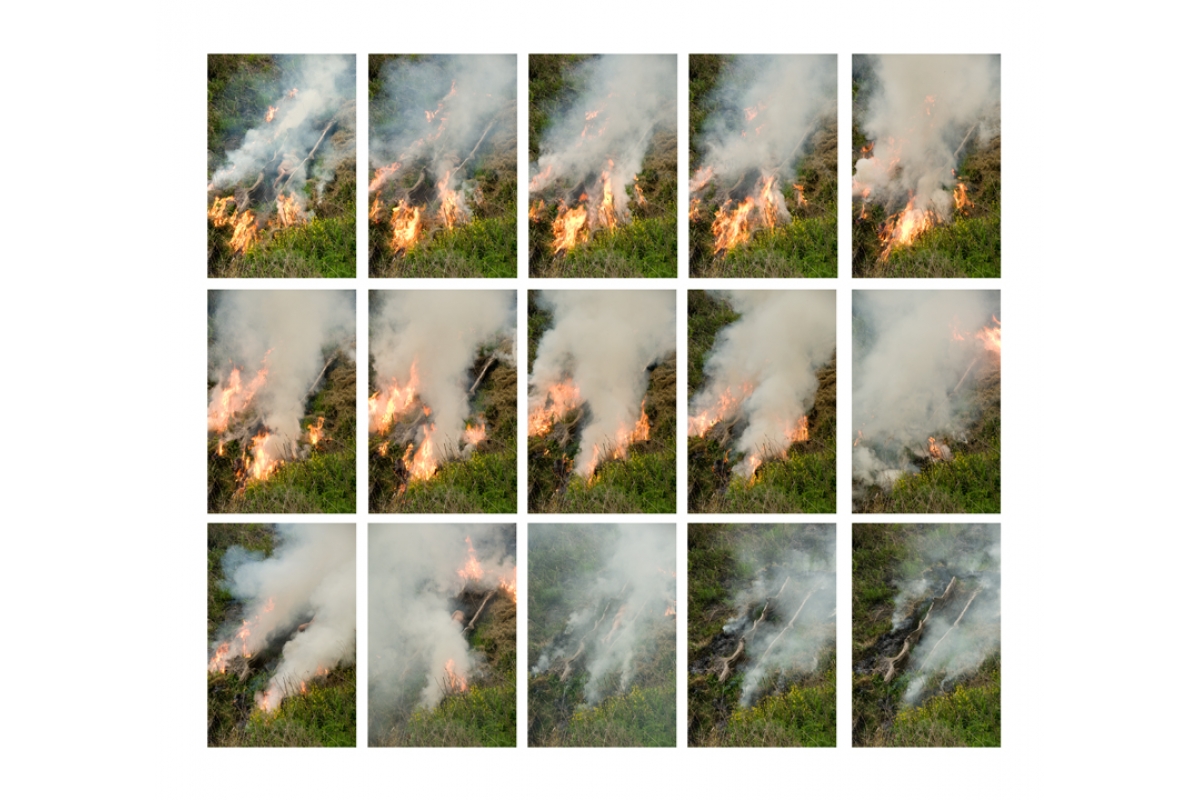 Hollowed is a series of short video and photographic performances for the camera that took place over a three-year period of time at a rural site near the Mississippi River in Missouri. Setting up a station with a permanent tripod in place, video and photo works were shot periodically throughout those years as seasons and the environment changed. Photographs read as film stills with sequential frames, however the reliability of the sequence is often aborted to introduce a new moment in time, abruptly breaking the expected continuum. Changes in seasons, weather and daylight are dramatic, while the log carved out by decay and the figure within it are subtle in their constancy.  The figure itself is at once human, animal and vegetative with the performances reflecting upon patterns of movement in nature and the stirring and stilling of time.  With assistant: Lisa Wigoda