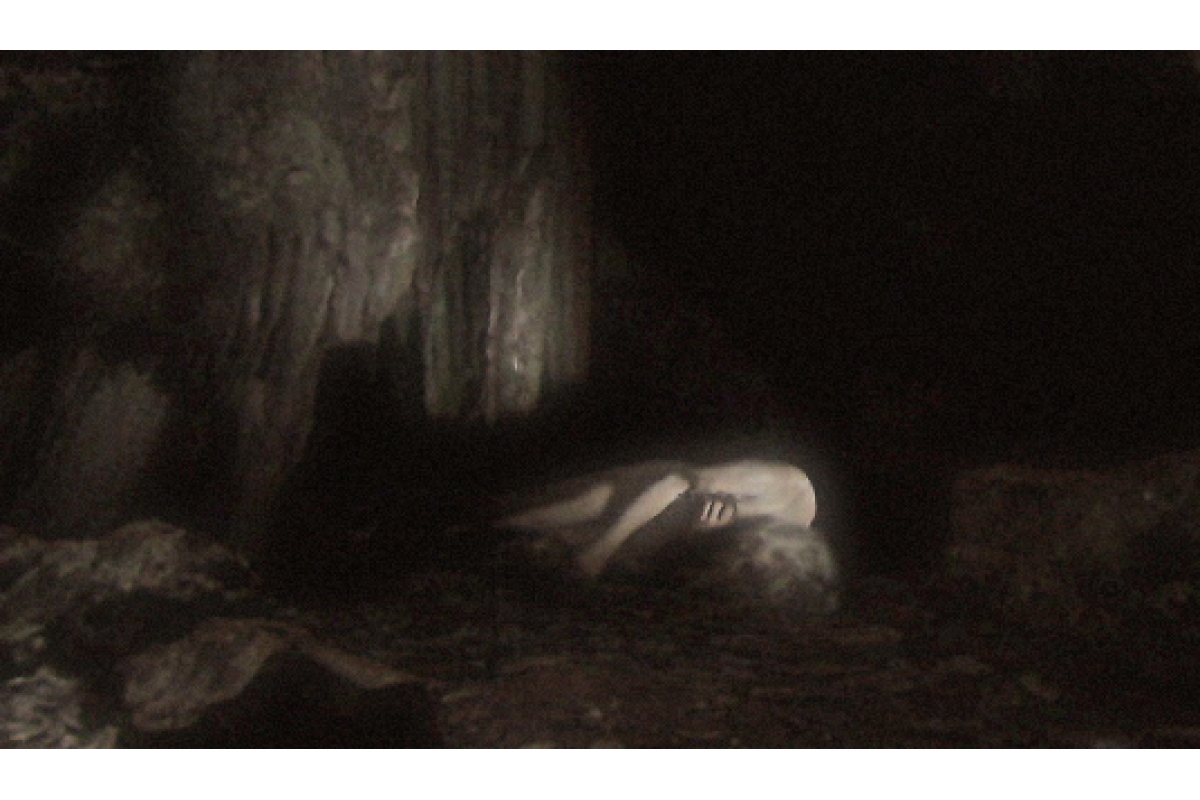 The Maria Teresa cave is one of over 20,000 caves in Cuba. It is a small cave, but unique as its modest pictographs were discovered in Cuba a few decades before the famous caves of Altamira and Lascaux were found in Europe.  A number of the caves in this region of Cuba have such pictographs, associated with ancient indigenous peoples. In the video-performance the figure emerges from a miniature hollow at the base of a tall pillar representing a primal human beginning from the rock-earth womb into an upright state. This image is juxtaposed with dream-like layering of imagery of the interior of the cave and the pictographs as mottled reflections alight on rocky surfaces.   DV-SD/4:3