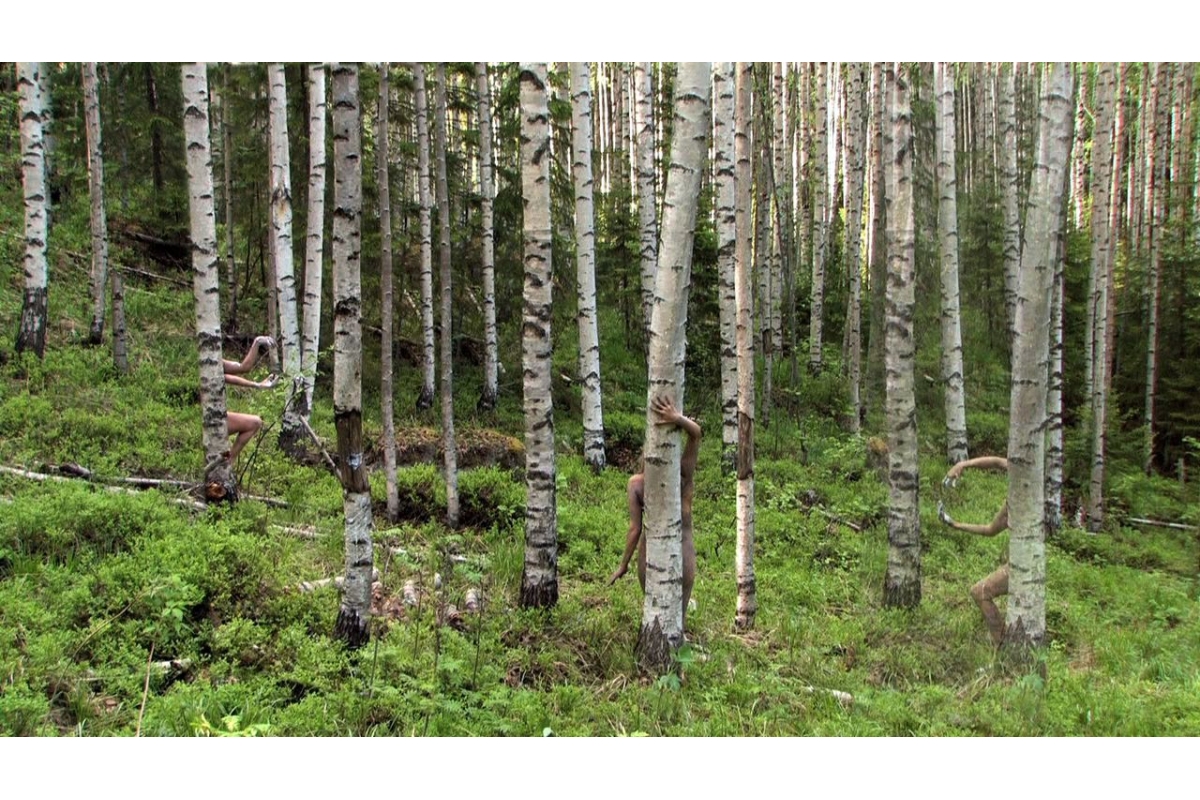 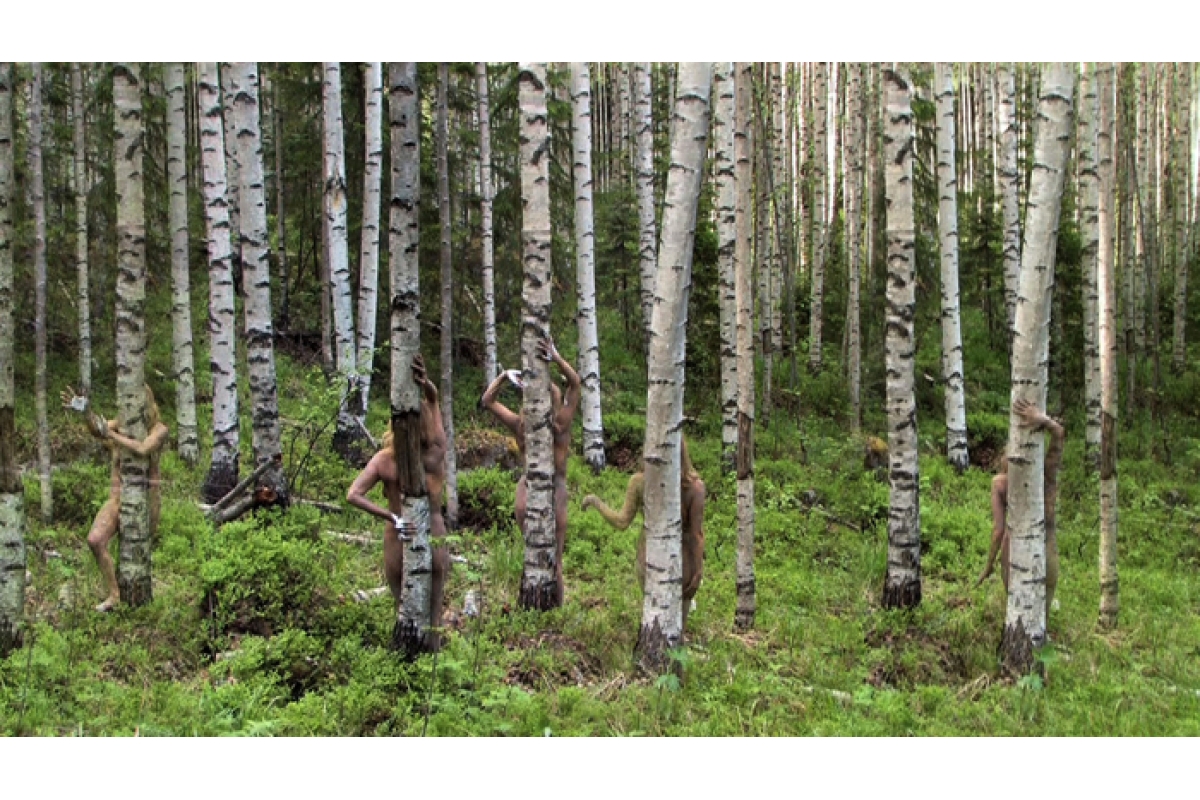 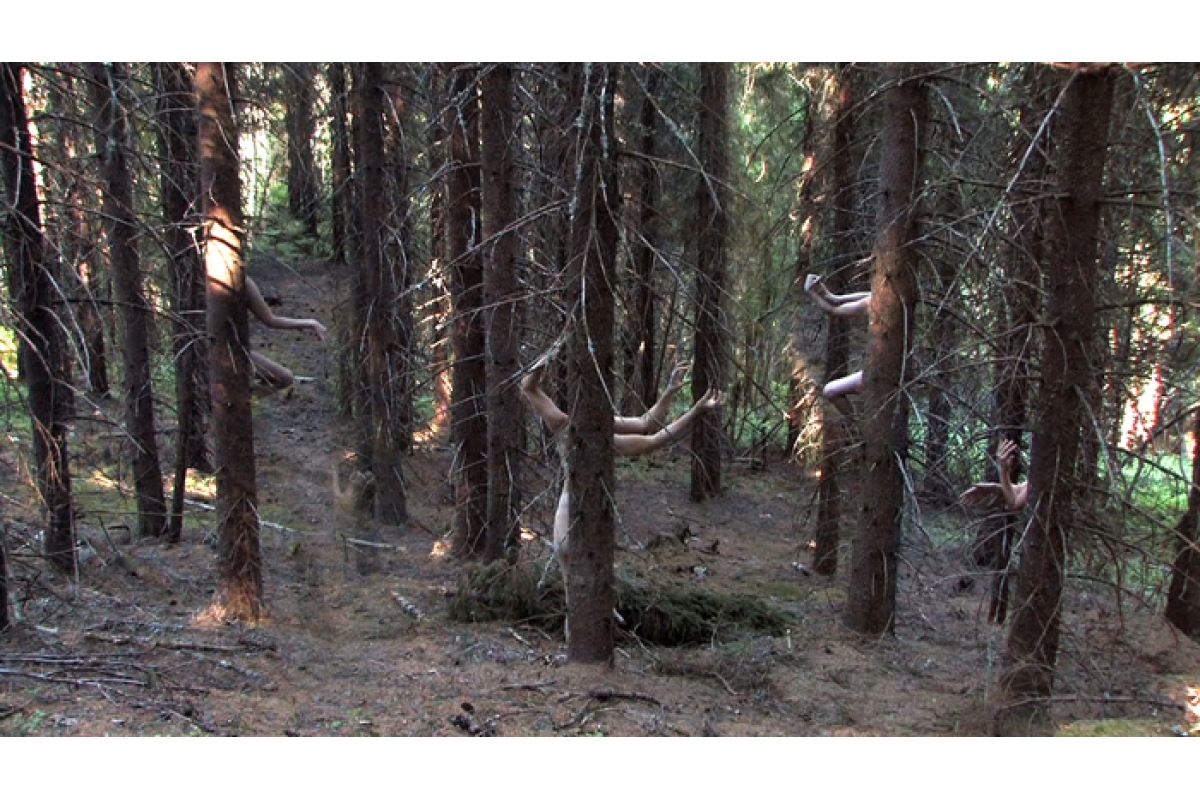 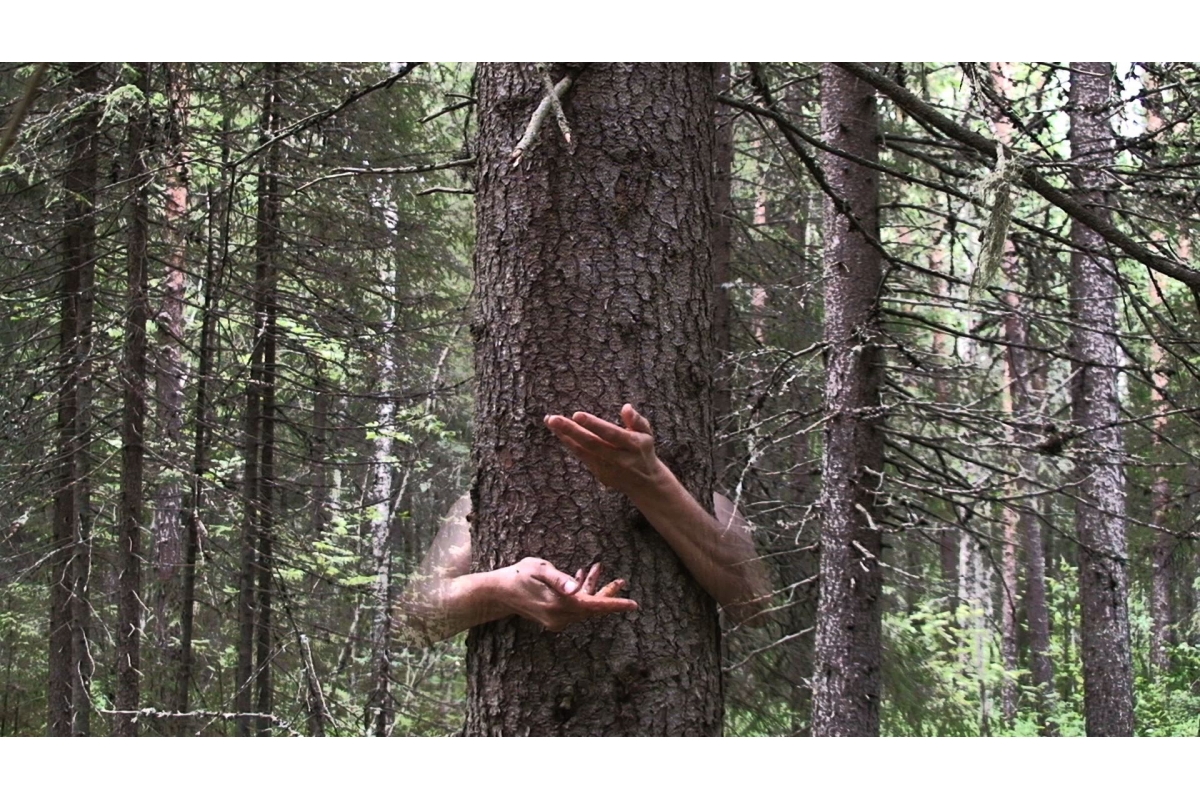 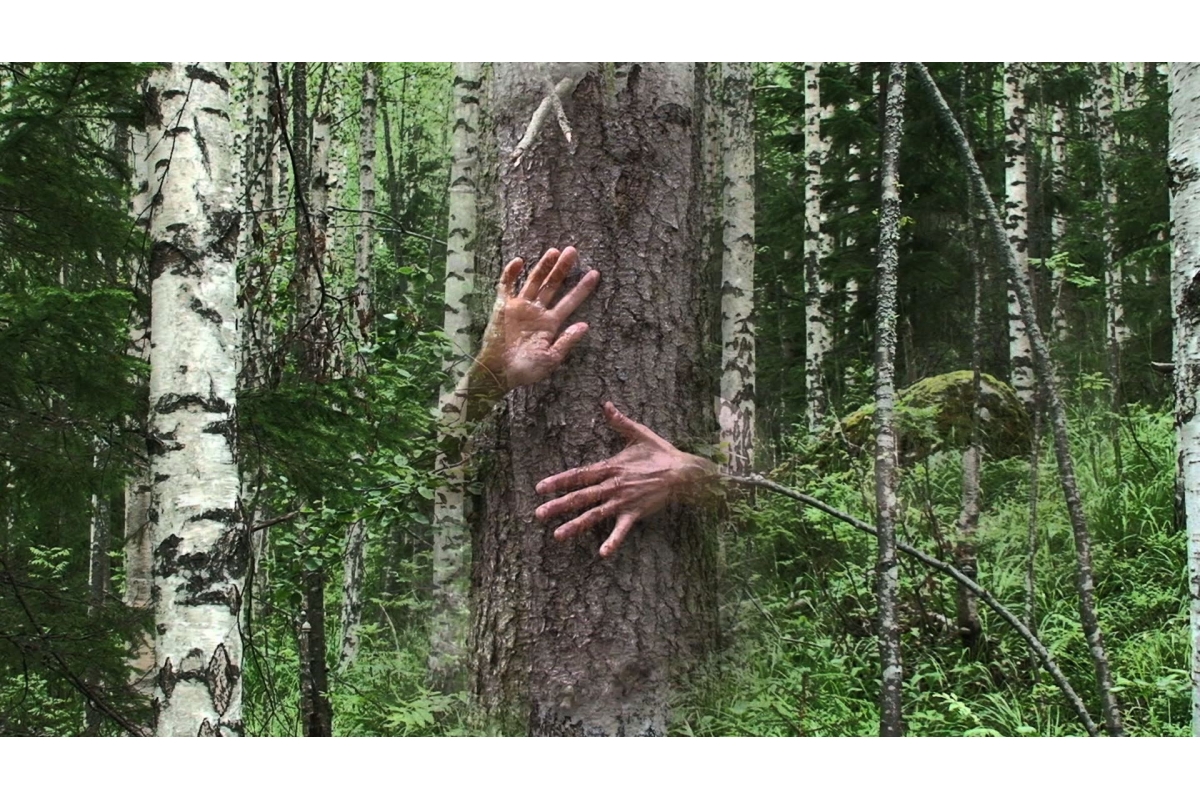 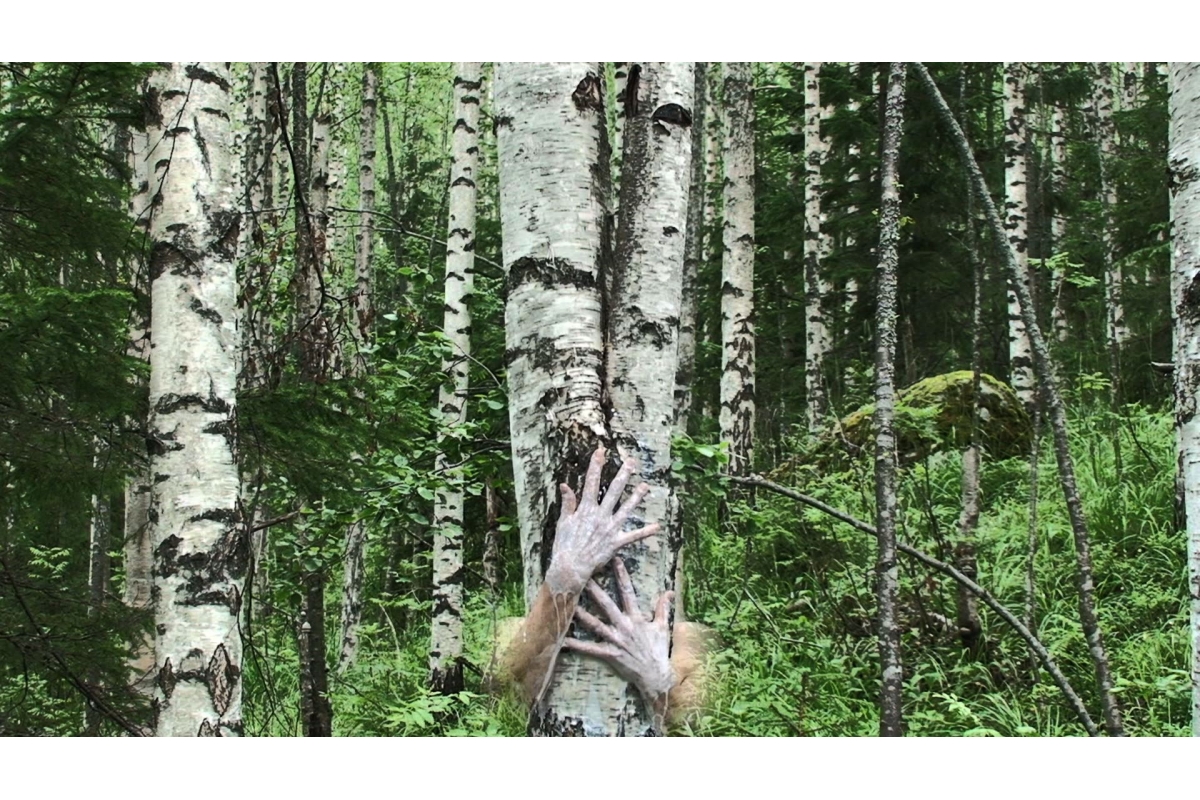 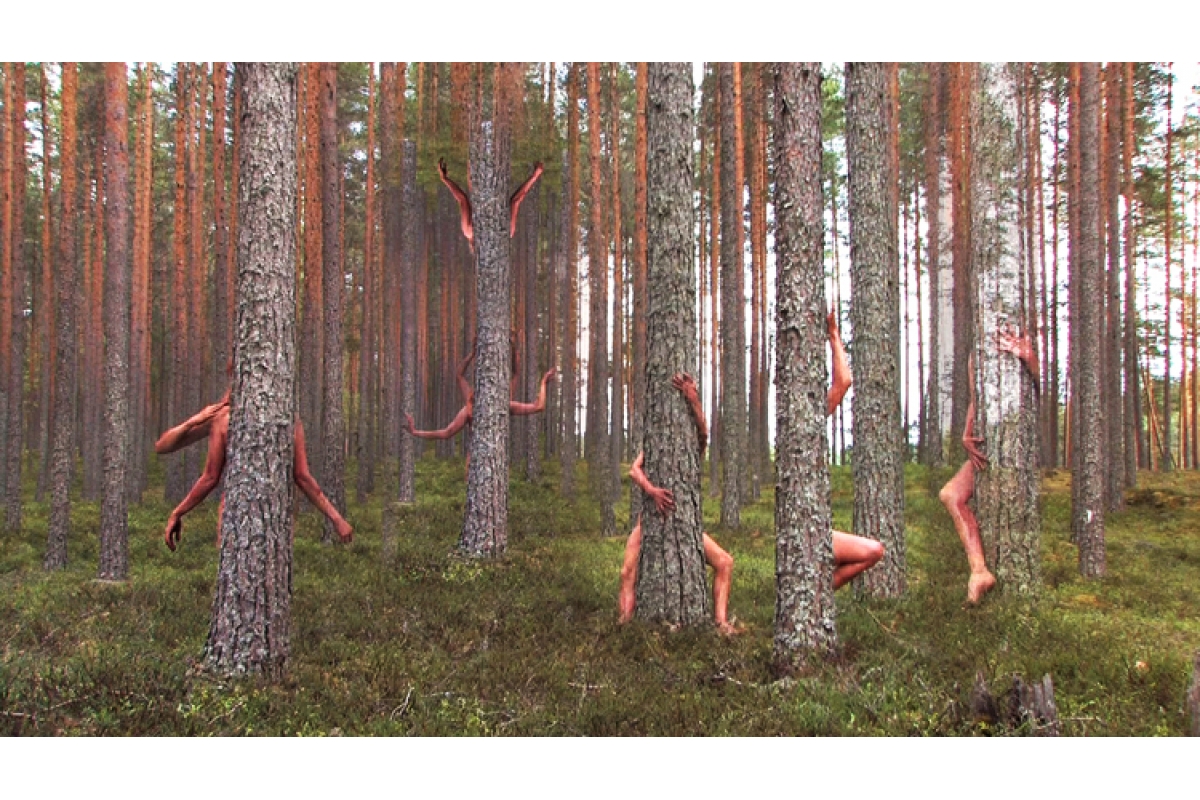 Created in 2011 in Koli, Finland, this series of video-performances explore singularity and multiplicity as a figure appears simultaneously in more than one place...

The videos draw inspiration from a select few passages of the Finnish epic,The Kalevala describing generative and entropic forces of the forest as well as from my own intimate experience of the environment spending numerous hours hiking and working in the diverse ecology of the National Park. The poetry has been rearranged in a subversion of the original text to form a new narrative: descriptions of the idyllic forest environment are overlaid with images of the felling of the forest and its demise, eventually transformed once again and renewed. The solitary performances for the camera embedded in birch, pine and spruce forests explore an anthropomorphized forest - at once visceral, mythic and surreal.